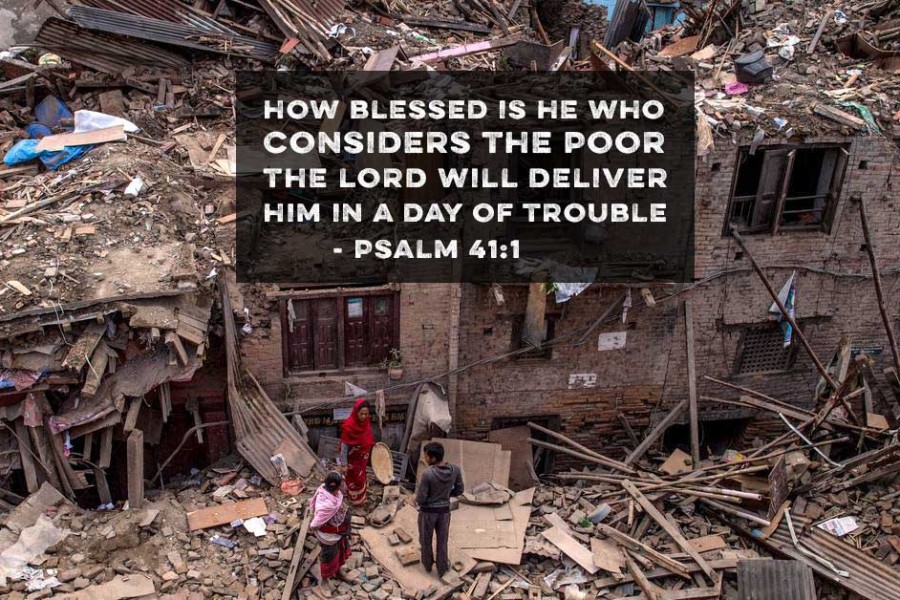 A week ago yesterday Nepal was changed forever with a tremendous earthquake that leveled homes in the Kathmandu valley and killed over 7,000 people. We have been watching the news reports and communicating with several contacts in the region who are able to give us some accurate updates on the situation at present. They have found the Nepali government is strained to capacity just trying to clear the rubble in Kathmandu and rescue survivors (the last living survivor was found just a few days ago) and in their estimation only about 10% of the people have been helped. The Kathmandu valley alone has millions of affected residents. Beyond the immediately accessible valley are the myriads of remote villages and towns cut off from any help by landslides or far enough away that they are not receiving aid thus far from Nepal earthquake relief efforts. The efforts to help have been complicated by the fact this tragedy is occurring during the monsoon season, causing washouts, landslides and further hindrances to reaching those in need. One excerpt of a report we received illustrates the sad reality that this tragedy has affected Christians, Hindus and every Nepali living in the quake zone in some way:

I know two churches which went through great damage. One has lost their 24 believers and other only physical damage of big three story building where there were 150 believers and 40 bible school students. They have lost the building. Dear brother, at present people in the village need food, water filter and cloth.

Sending A Team To Go Help As We Can

One of our contacts in the Kathmandu area has accessed some of these villages and says the situation is dire. Thousands of homes leveled to the ground, little remaining food, no clean water, and often no shelter. Add to that the pressing spiritual darkness and despair of this Himalayan region that is also among the most impoverished in the world, and you have a situation that should elicit the sympathies and actions of Christians across the world. Our friend believes that a team with water purifiers could access these villages with him and provide much needed help to these communities. After prayerful consideration of the colossal needs presently in Nepal and our own limited staff and resources, we determined that God would be able to take what little we had and use it in some way to help the multitudes in these villages and other affected areas that thus far has not received much aid from the Nepal earthquake relief efforts. With that in mind the Lord has, as of today, formed a small team set to fly later this week and begin assessing and conducting earthquake relief efforts among the Nepali villages and communities in Kathmandu with churches we can work alongside.

150 Million Gallons Of Clean Water And The Gospel 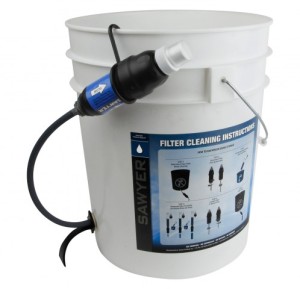 Our desire in this relief mission is to try and provide immediate help through some of the rapidly-deployable water filters we currently have in storage. Each unit is capable over it’s lifetime of purifying one million gallons of water, though with proper care this can usually go to two or three million perhaps. We are hoping to bring in 150 Sawyer water filter (0.1 micron) units, pray the customs issues blocking a lot of the current aid efforts would not hinder these items from coming off the plane and into Nepal! We have found in the past that providing clean, accessible water is not only absolutely needful for post-disaster survivors to avoid disease and dehydration, but is a great opportunity as well to share about the water of eternal life given by Christ to all who are thirsty! Lord willing upon arrival we will also gain a clearer picture of the situation and potential logistic channels to bring in food relief. A second team is hoped to follow in later May for a hand off and continue the relief efforts in support of the Nepali churches who are seeking to help their suffering communities. We also hope to encourage the believers who have survived this catastrophe and themselves lost everything like those around them.

Thank you for praying for the team going and the one we hope will follow after, if you have any interest and ability to join a second team leaving later in May, or want to get involved to help in some other way, please contact us or go here to find out more!